Google is teaming up with pharmaceutical giant Novartis to develop a “smart” contact lens intended to replace reading glasses for people who are farsighted and glucose monitors for those with diabetes.

For the farsighted, the device would work like the autofocus of a camera, allowing them to focus on close-up things like the words in a book. It will be designed to work as a contact lens that is changed out regularly, or as an intra-ocular lens, permanently inserted into the eye during cataract surgery.

For diabetics, the lenses would replace regular finger sticks designed to read out a person’s blood glucose level. Instead, the lens will “read” glucose levels in tears, sending information wirelessly to a handheld device that will warn patients when they need to eat or lower their glucose levels.

“These are issues that have been unmet medical needs for quite some time,” said Novartis CEO Joseph Jimenez.

Novartis’ eye-care division Alcon, based in Texas, will lead the development work, along with Google X, an innovation lab at the information company’s Mountain View, Calif., headquarters.

Jimenez, who said he reached out to Google[x] to broker the deal, hopes the contact will be the first of many technologies the two develop together.

“It was very clear that there could be a very nice synergistic value between bringing high tech together with biology to solve some of the biggest health care issues that we’re facing,” Jimenez said.

The work is still preliminary, he said, with first testing in people expected to begin next year. It will be a few years at least before the lens can be considered for regulatory approval and reach customers.

He said a price had not been decided for the lenses, and would not disclose how much the two companies will be investing in the project other than to say that it will be “commensurate with the business opportunity.”

More than 1.7 billion people worldwide have presbyopia, the medical term for farsightedness, and more than 380 million have diabetes, he said. 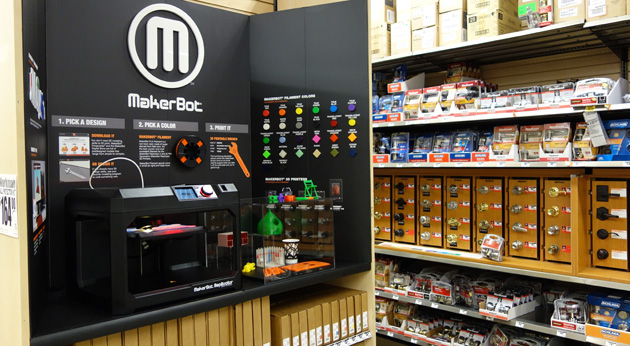 The Home Depot’s core business revolves around helping you craft things, so it stands to reason that you’d eventually find 3D printers there, doesn’t it? Sure enough, that’s what’s happening today. You can now buy MakerBot’s Replicator line at both the retailer’s online store as well as a dozen brick-and-mortar locations spread across California, the greater Chicago area and New York City. In addition to hosting elaborate kiosks like the one you see here, shops will have staff on hand to both demonstrate 3D printing and give you keepsakes in hopes of clinching a sale down the road. It’s tough to know if the Home Depot’s gamble will pay off — at last check, most people don’t expect to find printers sitting alongside doorknobs and drill sets. If nothing else, it shows that the technology has a market outside of office supply stores and other places you might associate with run-of-the-mill 2D printing. 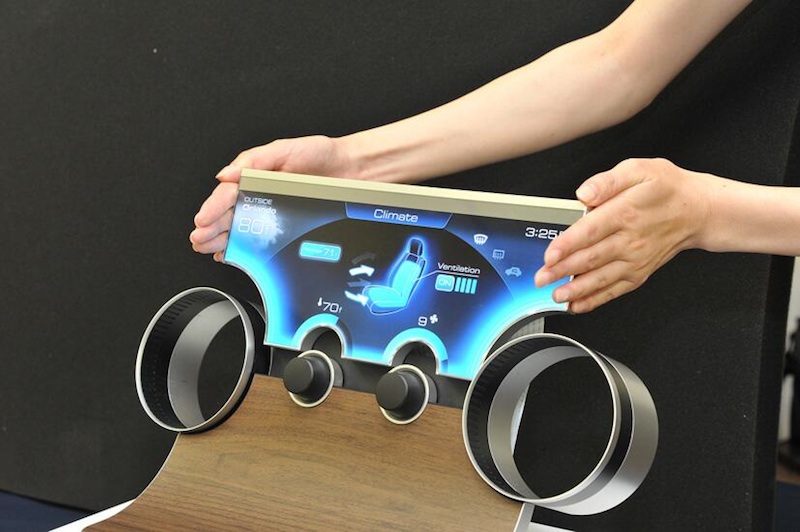 Sharp today announced its upcoming “Free-Form Display” technology that will allow the company to nearly eliminate the traditional bezel that surrounds LCD displays. As a result, Sharp will be able to build LCD panels in nearly any shape to conform to the display area of the intended product.

Conventional displays are rectangular because they require a minimal width for the bezel in order to accommodate the drive circuit, called the gate driver, around the perimeter of the screen’s display area. With the Free-Form Display, the gate driver’s function is dispersed throughout the pixels on the display area. This allows the bezel to be shrunk considerably, and it gives the freedom to design the LCD to match whatever shape the display area of the screen needs to be.

As an example, Sharp demonstrates a prototype display for a vehicle dashboard, with the display conforming to the shape of the main instrument panel, but the company also address the possibility of using the technology for “wearable devices with elliptical displays”. The concept of non-rectangular LCD displays naturally ties in to Apple’s rumored iWatch, which at least one analyst believes will include a round display, although most recent rumors have suggested the device will use an OLED display. Still, advancements in LCD technology that would allow for non-traditional display shapes open the door to many different possibilities for future devices, particularly as wearables appear set to become an increasingly significant focus for mobile device companies. Reducing bezel thickness on traditionally shaped devices such as the iPhone and iPad has also been a goal for Apple, seeking to maximize display size relative to the overall device size. Sharp’s technology could serve to push this effort even further, and issues with devices registering unintended touches from simply holding the device should be minimized as Apple has already developed software solutions for recognizing those touches as part of the development of the iPad mini and iPad Air. Sharp has not announced when its Free-Form Display technology will be ready for use, noting only that will enter mass production “at the earliest possible date.”

In our always-connected society, our smartphones are often our balls and chains. We’re constantly looking at them, checking for new emails, text messages, missed phone calls, Facebook updates, and weather alerts. But what if you could just leave your phone in your pocket, or even elsewhere, and get your notifications delivered right in front of your eyes? That’s where Matilde’s Fun-iki glasses come in: you wear them like regular glasses, but when a notification comes in on your smartphone, the glasses lets you know with a series of blinking lights.

The glasses connect to your smartphone via Wi-Fi, which means you can still get notification so long as you’re within wireless range. The frames have LED lights embedded into them, which leaves the glasses capable of handling prescription lenses, if you need them. You can set your notifications for specific colors, perhaps blue for Facebook messages, red for emails, or green for text messages.

The glasses work with your basic notifications, but can also be set to work with third-party apps. You can set the light intensity, too, so that you don’t look like a disco ball walking down the street when you get inundated with emails. The glasses also have a mode that allows you to get messages in morse code, so if something urgent comes in, you’ll see the flashes as S.O.S.

Fun-iki glasses also have built-in speakers and a micro-USB port for charging. So far, though, they only come in two colors: white and hipster black. Fun-iki glasses go on sale later this year for the low price of $147. That’s a lot cheaper than Google Glass, but it’s arguably a lot more distracting for you and everybody around you who has to see your glasses flash different colors. 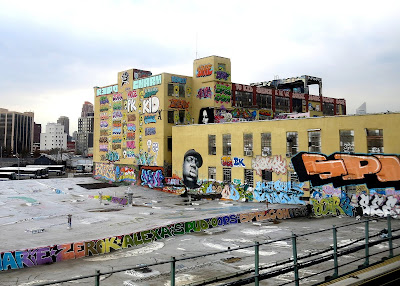 The image above is called 5 POINTZ NYC. It was done by Lois Stavsky and Houda Lazrak.

You can view this street art exhibit and thousands of others around the world using the Google Cultural Institute website.

Straight from Google, the cultural institute lets you:

“Discover exhibits and collections from museums and archives all around the world. Explore cultural treasures in extraordinary detail, from hidden gems to masterpieces.

Create your own galleries and share favorite finds with friends.”

We’ve only seen the tip of the iceberg for street art, and there are literally millions of other things to explore. This is something unique, and you might just get lost in a whole new world. Happy browsing – let us know if you create any galleries of your own!